Social media star Sahar Tabar is reportedly on a ventilator after contracting Coronavirus while in prison.

Sahar Tabar real name is Fatemeh Khishvand from Iran, who says he looks like Hollywood actress, Angelina Jolie, was arrested in October on charges including blasphemy, inciting violence, gaining income through inappropriate means and encouraging youths to corruption.

She was detained on the orders of Tehran’s guidance court, which deals with ‘cultural crimes and social and moral corruption’.

The 22-year-old is said to be seriously ill after she contracted Coronavirus in prison. 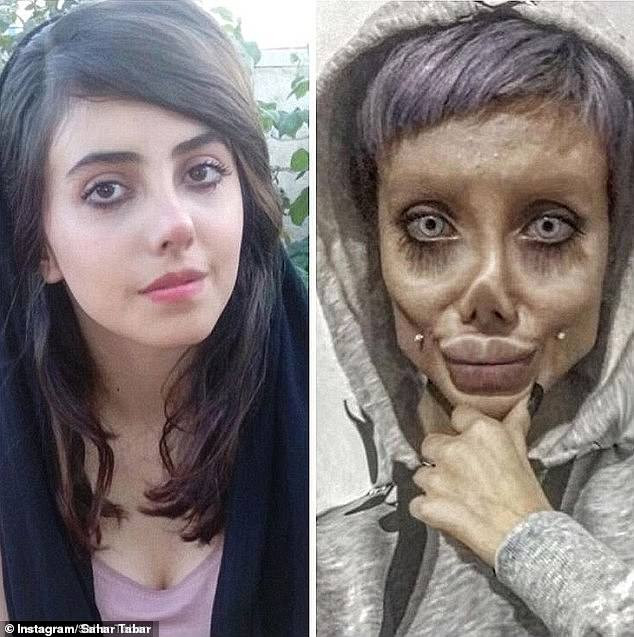 The US-based Center For Human Rights In Iran said a judge in the country refused to grant her bail after her lawyers had asked for her to be released amid the country’s severe COVID-19 outbreak.

‘We find it unacceptable that this young woman has now caught the coronavirus in these circumstances while her detention order has been extended during all this time in jail,’ human rights lawyer Payam Derafshan told the organization.

Mr. Derafshan said it had become a ‘habit’ for the authorities to ‘deny everything’ after they claimed Sahar had not caught the illness.

‘It makes no sense to deny this. The prison director should acknowledge the infection and admit she has been hospitalized,’ he said.

He added that Sahar and other inmates who have been put in prison on non-violent charges should also be released because of the outbreak. 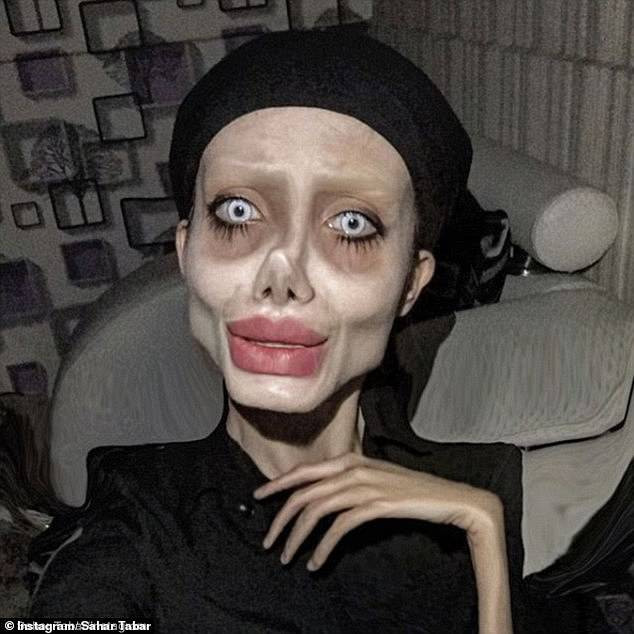 Judge Mohammad Moghiseh is reported to have repeatedly denied Sahar’s release on bail, even while the country has more than 70,000 coronavirus cases.

The news comes a month after the country freed around 85,000 prisoners in a bid to halt the spread of Coronavirus.

Sahar Tabar shot to prominence on Instagram in 2017 after she reportedly had 50 surgeries to make herself look like Angelina Jolie but she later claimed that most of her look was mostly achieved through make-up and editing.