Police operatives have taken over Edo House of Assembly complex in Benin City. Dozens of the security officials stormed the complex while patrol vehicles were stationed around the area.

This comes a day after members of the House impeached the Deputy Speaker of the House, Yekini Idiaye. His impeachment came days after he declared his support for the APC governorship candidate, Osagie Ize-Iyamu.

According to reports, the move was to forestall an alleged planned attack on the facility.

Deputy Commissioner of Police (Operations), Ayoola Ajala, led the operation, which is ongoing. 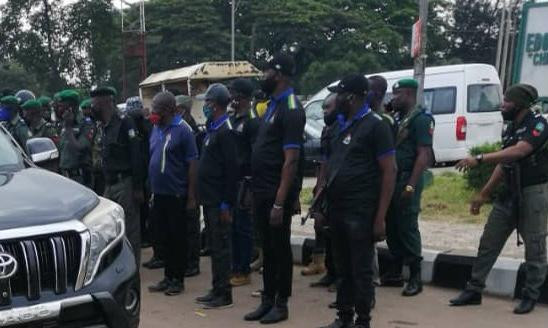 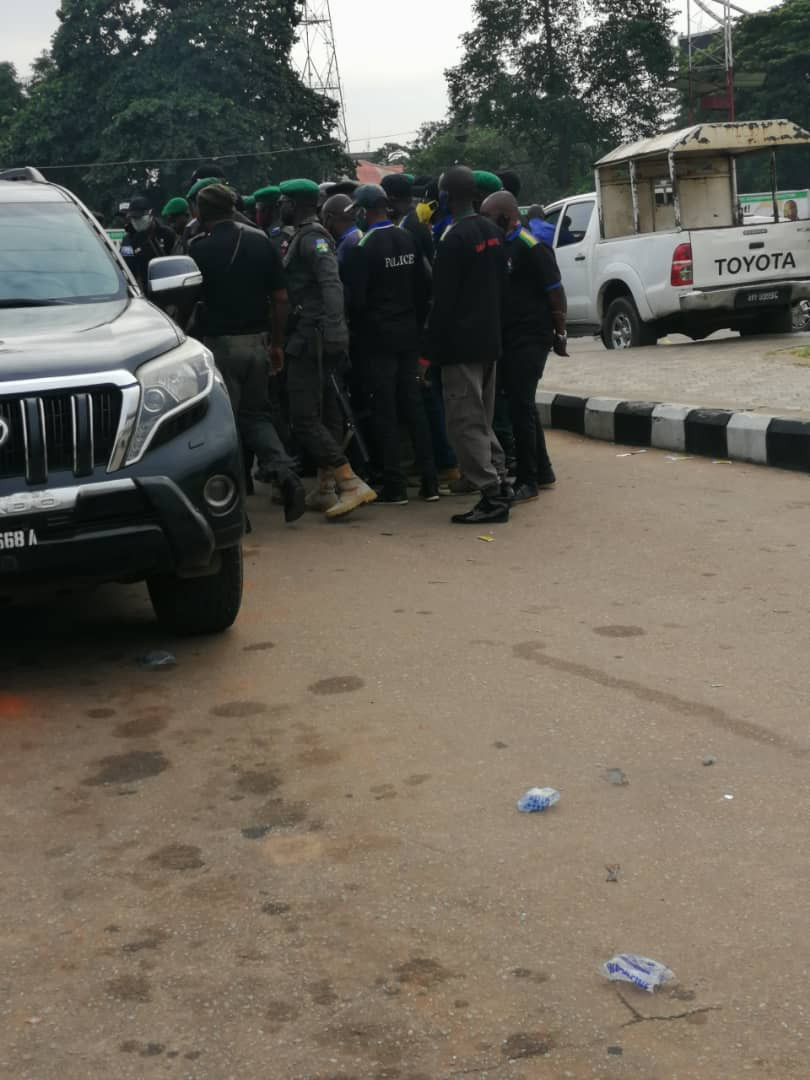 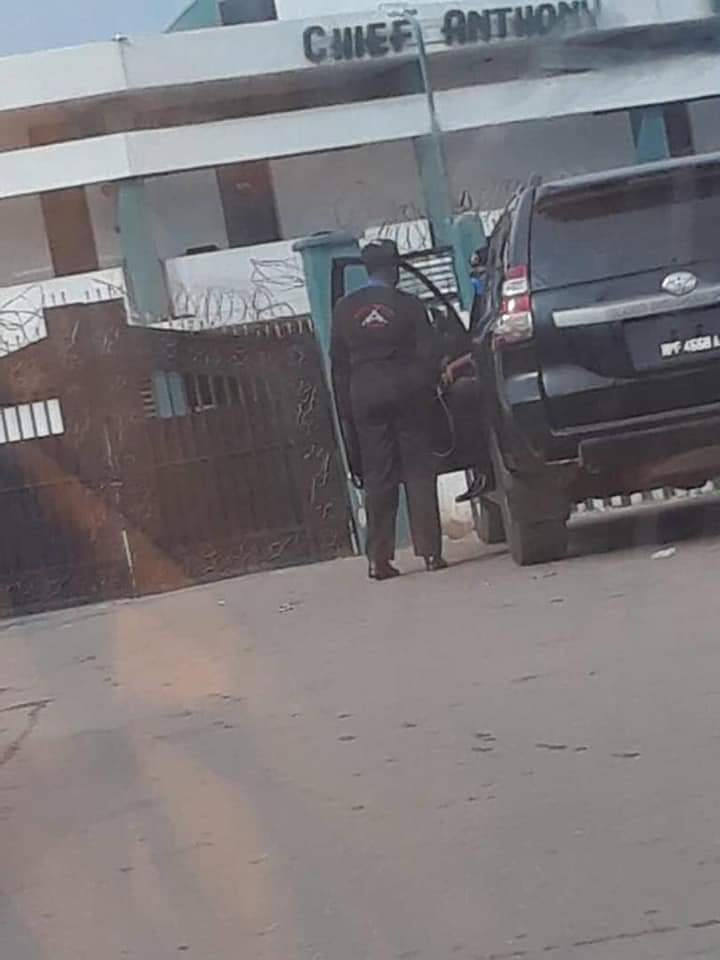 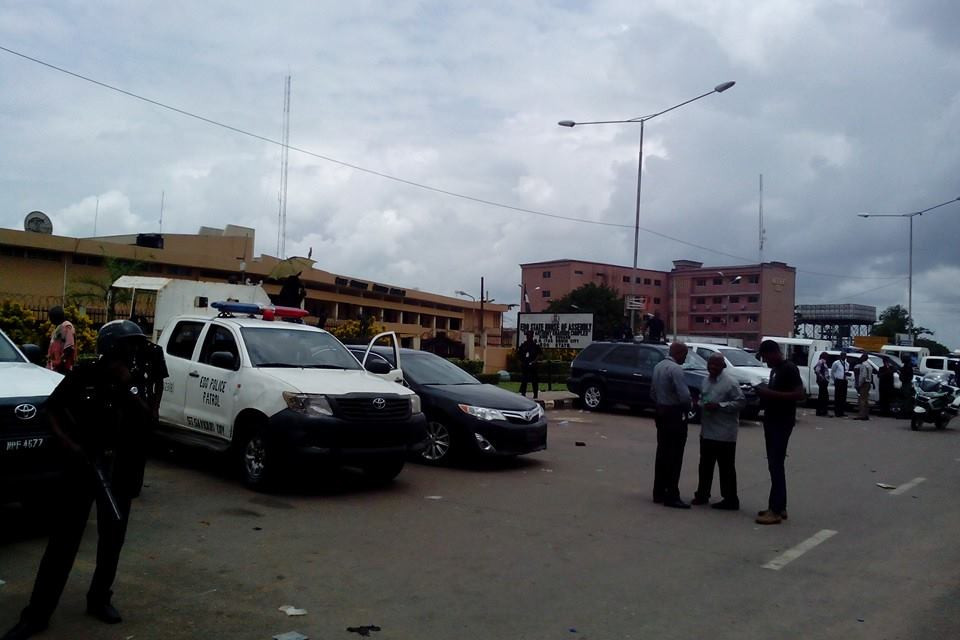 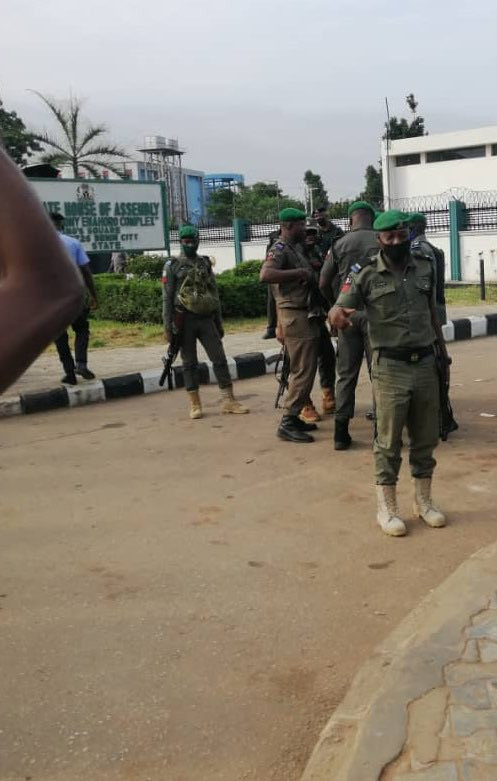