More than 200 doctors from Cuba have arrived in South Africa to help fight the COVID-19 pandemic.

The doctors, including community health and infectious disease specialists, arrived early Monday morning, April 27, and were welcomed by military and health authorities.

Overwhelmed with the increasing cases of Coronavirus, South Africa requested assistance from the Cuban government, which is sending more than 1,000 doctors to 22 countries, including Togo, Cape Verde and Angola in Africa. 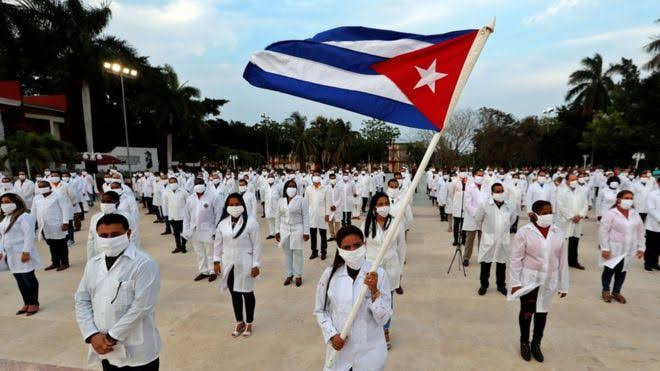 South Africa has reported the highest number of confirmed COVID-19 infections in Africa, with at least 4,546 cases and 87 deaths.

Some of the Cuban doctors have been “in the frontline of fighting other outbreaks in the world such as cholera in Haiti in 2010, and Ebola in West Africa in 2013,” said South African health minister Zweli Mkhize.